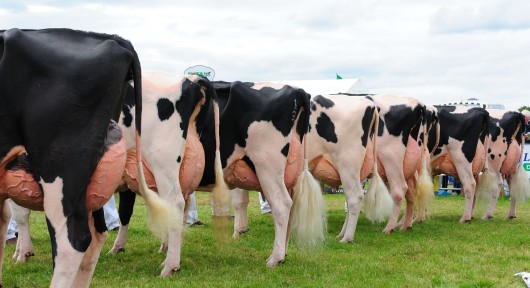 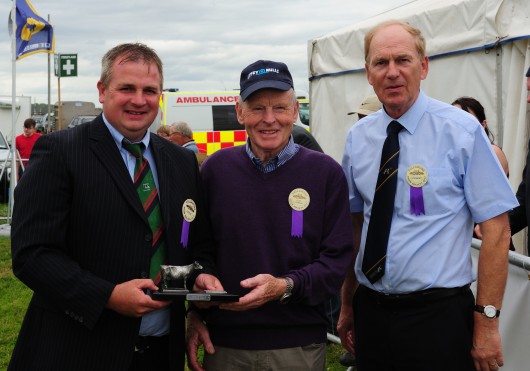 Hefyn hails from South Wales where he milks 75 Holstein Friesian cows. He had the distinction of achieving the coveted award of Master breeder HUK earlier in 2017 and winning supreme Champion at the Royal Welsh show this year. He is a member of HUK Judges panel and has previously judged Charleville show in 2016. 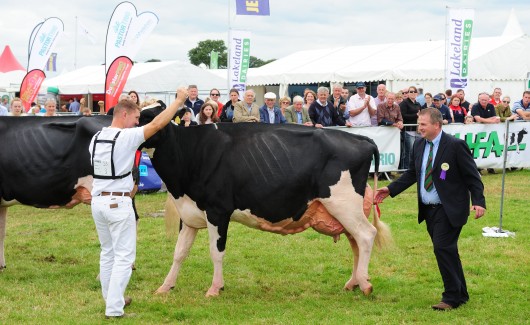 This was her second national title of the year having also won Emerald Expo Supreme Champion. She has produced 11,900kgs milk and 920kgs milk solids since calving with her second last October. 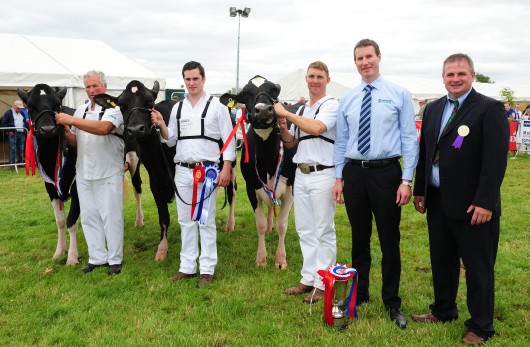 Reserve Champion Greenlea Lauthority Pledge was praised by the Judge for her “Depth of body and exhibiting tremendous strength in the front. This cow is only going to get better, I really admire her dairyness”. She was also reserve Champion to Jones’s cow at Emerald Expo. In her third lactation, Pledge is classified EX91.

Tapping out Clonpaddin ERI Flavour 2 the Judge said “The great width she displays through the front and through her rump is so eye-catching added to a mammary system that can only be described as exceptional for a Heifer. She has a big future ahead of her”. Flavour 2 was winner of the Super €2,500 National In-Milk Heifer. She is backed by seven generations of VG/EX Dams.

The senior in milk cow class was the talk of the show where 9 tremendous cows graced the ring. The Judge was awe struck by the overall quality. “He commented that any of these cows would win a local Show”. Padraic Greenans cow  Greenlea Lauthority Pledge took the honours from a class that exhibited house hold names and past winners of major shows.

Other cows to feature in the Championship line-up included Lumville E Danoise for Richard Whelan, winner of the In-Milk heifer she then stood 2nd in the Super €2,500 Heifer class, Hallow Atwood Twizzle owned by Philip and Linda Jones, Jim & Doireann Mulhall’s Clonpaddin M CYG Fame, Crossnacole Atwood Precious for Victor Jackson. Hefyn Wilson summed up the quality on view by saying “I truly wish I owned some of these cattle at home”. 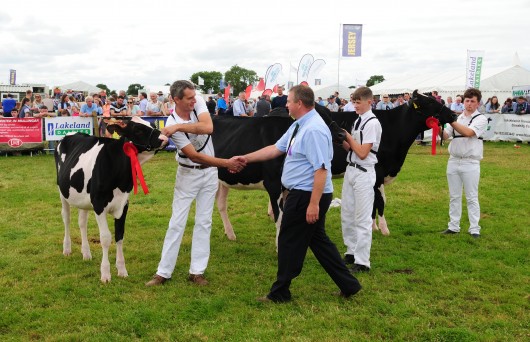 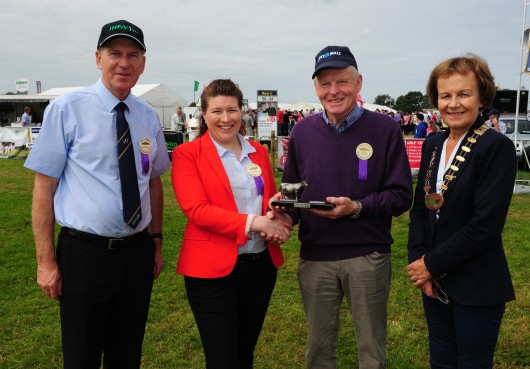 Judge Maria Burke afforded great opportunity and encouragement to all handlers in the three classes. Having participated at all grades within YMA Maria has amassed great experience. The YMA Showmanship League structure is to hold qualifying rounds at various shows throughout the Country with the finale held as part of the National Dairy Show, Millstreet. The regular structure and regional spread affords ample opportunity for Young Members to learn and develop the necessary stockmanship skills that are so essential in the current climate.

Confined classes for breeder from Laois, Offaly and Westmeath were first into the Holstein Judging Ring. Peter Ging’s Ballyclider Darkie 31 was winner of the Registered Holstein Friesian Cow calved twice or more class. From the home-bred Una family she is a tremendous production cow with over 2,400 kgs milk solids produced to date, currently in her third lactation. She is classified EX92. Kevin Flynn’s Reary Norah 295 was 1st in the Confined Heifer class. Other prize winners of the various Confined classes included Pascal Walsh, Edenderry, Denis Donoghue, Ballylynan.

Vice President of the European Parliament Mairead McGuinness MEP stressed the importance of farming to Ireland and Europe as she officially opened the Show. She promised to convey the message to Europe that “Ireland is rooted in the soil and how important it is to us. Those who have drifted from these roots need to understand and appreciate the value of agriculture, of farming and of food production not just to our country but for the entire European Union”.

Other dignitaries in attendance included Ambassadors from China, Australia and Italy.