The art of cattle breeding ……. Don’t leave it all to Science!

Brownsvilla Aster Lily 2 EX93 6E
The art of cattle breeding ……. Don’t leave it all to Science! by Shane McHugh 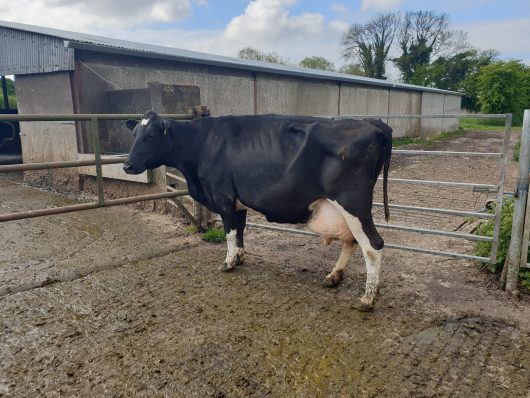 On the 3rd of October 2003 the Etazon Lord Lily daughter, Brownsvilla Aster Lily 2, was born to an Esquimau sired dam, in the Brownsvilla herd of Tom Dempsey and family, Brownstown, Collinstown, Co. Westmeath. From an early stage, Tom recognised the potential of this jet-black heifer and was approached a number of times to sell her, refusing to part with her on all occasions.

The now 16-year-old Aster Lily 2, has long proven Tom’s initial foresight. To date Aster Lily 2 has produced 12 offspring, yielded in excess of 104,000kgs of milk and has also been awarded the prestigious IHFA Diamond Award by for achieving over 3000kgs protein production whilst also classifying Excellent (EX) on conformation standard. To add to this, she is pregnant with her 13thcalf following insemination with sexed semen and is due to calve around the time of her 17th birthday. Tom hastens to add that although Aster Lily 2’s calving interval is maybe longer than some may deem acceptable, she has always been a very fertile cow. He attributes her extensions in calving intervals to changes in calving patterns within the herd.

Brownsville Aster Lily 2 EX93 has produced 5 daughters to date, 2 of whom are running alongside their dam in the herd, Brownsvilla Pesky Aster Lily GP80 2yr and Brownsvilla Stonewall Lily VG89 (4th lactation).

Having classified EX for the first time as a 6th calver, Aster Lily 2 went on to classify EX93 as a 7th calver, an accolade awarded for her fantastic conformation. Her functional quality is such that she is scored EX94 for feet & legs.

Now a 16-year-old, EX93 6E, Diamond Award cow, it is easy to see why Tom and family hold Brownsvilla Aster Lily 2 with such high regard and affection.