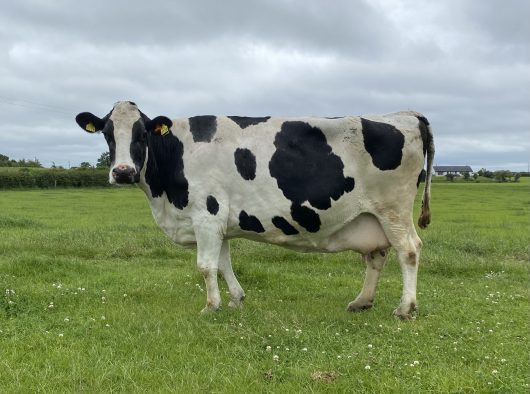 Pictured on farm during a recent herd classification inspection visit Tarabella ESZ Jolie EX90 4E made an immediate impression. Born in January 2004, Jolie is now in her 18th year and she is rightfully highly cherished by owners Oliver and Martina Neville & family, who farm at Ballydaly, close to Tullamore in county Offaly.

IHFA Diamond Award status was bestowed on Jolie when she achieved 3,000kgs protein production alongside being scored EX (Excellent) on conformation classification.

Her functional attributes for lifetime longevity and efficient milk production capability are recognised by the IHFA Classification service. She achieved composite scores of EX94 legs & feet, EX90 rump, EX90 body and VG88 mammary. Oliver notes her steady development and gradual maturity over the years having initially scored 73 points as a youthful 2 year-old.

Commenting on her qualities, Oliver observes

“I don’t recall her ever getting mastitis. Her udder quality has stood out throughout her lifetime. She has always milked out really well. She is just a pleasure to milk and to work with in the parlour.”

To this day Jolie continues to do her work, efficiently, quietly and with resounding effect within the Neville family’s 230-cow herd.

Lynally is the herd prefix of Oliver and Martina Neville & family. Martina’s father, Tommy Finlay, bred Jolie and she was the result of one of many genetic investments that Tommy made in his quest to continually develop his Tarabella herd, adding further depth of quality breeding.

The family developed further in subsequent generations as follows;

The Tarabella herd was dispersed upon Tommy Finlay’s retirement from dairying and Jolie is the last of the Tarabella registered stock remaining in the Lynally herd.

Although Tommy retired from dairy farming, his interest and involvement continues unabated. Serving as Director of Tullamore National Livestock Show – cattle section – is a role that he has fulfilled since the foundation of the show, thirty years ago. Tommy is also a founding member and active participant member of the Laois Offaly Friesian Breeders Club. 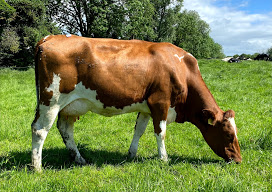 Hanoverhill Lieutenant EX was the donor sire of John Codd’s embryo investment into the family. Recognising her quality and potential to develop further Noel purchased Jolie from John Codd and she established a legacy in the Boleybawn herd.

Her legacy and influence extend to the Rowantree herd of Damian Wynne in Ballyconnel, Co. Cavan where Boleybawn Ru Red Jolie EX93 5E (Red & White) resides. She is also a Diamond Award recipient. With many commendable qualities she now performs admirably. Aged 11 years old with a lifetime yield to date of 91,600kgs milk, 7,370kgs milk solids, 4.37% fat, 3.67% protein. She is bred from an EX90 Talent dam with her grand dam Boleybawn Bellwood Jolie VG89, a Gold Award recipient having also achieved 3,000kgs protein production. Her next dam is the aforementioned Cunniamstown Sultan Jolie ET VG88.

Boleybawn Unix Joliet, an in-calf heifer sired by Unix from a VG85 Durham Watha dam with protein to 3.70%, is one of the promising youthful members of the family in the Boleybawn herd today.

A Red & White deviation at Lynally

“I had a hunch that there was Red factor gene in the background of the family” comments Oliver on why some top Red & White AI sires were selected for specific use on the Jolies.

Aisling Neville, daughter of Oliver and Martina and grand-daughter of Tommy Finlay, recently commenced her own dairy herd venture having qualified with a degree in Agricultural Science. Aisling’s herd is located 25kms from the home farm. The Jolie family is helping to underpin the performance of the new herd, with fourteen family members in total including youngstock.

Some of the Jolie’s in Aisling’s herd includes; 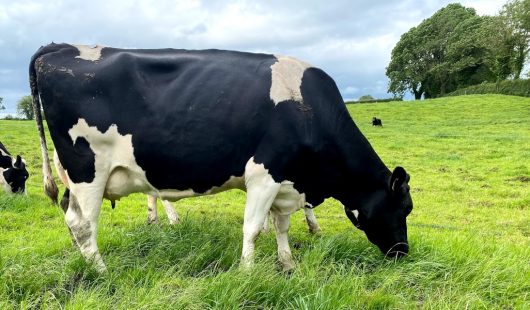 The stellar success of 17-year-old Tarabella ESZ Jolie and the high performance of the family helps shine a spotlight on the many positive attributes of Holstein Friesian cow families. When considering the issues of sustainability and environmental consciousness, this level of longevity and performance can only be of benefit.