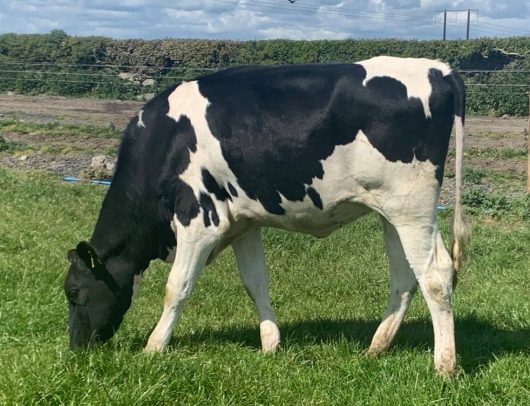 Top price of €4,672 and 100% clearance at Swiftsheath Youngstock Sale

It was a major honour for the Murphy family when their Swiftsheath herd hosted the IHFA National Open Day in 2012. The herd has developed further in recent years including expansion from within and a changeover in 2017 to a robotic milking system.

Strong cow family performance over the years in breeding surplus numbers provided a window of opportunity to hold a draft youngstock sale.

Brisk online bidding on the day and a buoyant trade throughout resulted in a 100% clearance, with heifers bought by purchasers from across fourteen counties in Ireland. Seven lots sold for prices over €2,500 while four lots commanded prices in excess of €3,000.

Generations of breeding performance in conformation and milk solids production, including protein % prevailed as a trend of strong market demand.

Lumville G Danoise (Lot 13) sold for €4,672 and topped the sale on the day. She is bred from the successful Danoise cow family developed to acclaim in the Lumville herd of Richard Whelan.

She is a silky quality yearling heifer with show-potential. Her grand dam, Lumville Danoise 2 EX94 4E, won many titles including Champion Baileys All-Ireland Cow 2008 and All-Ireland Junior Cow Champion Charleville Show 2008. She twice won Champion of the RUAS Winter Fair in 2008 and again in 2010.

She is sired by EDG Bob Cyprus and backed by three generations of VG/EX dams who have production yields in excess of 10,000kgs milk with 3.53% protein.

Swiftsheath Susie Mist 1968 (Lot 7) commanded the next highest price, selling for €3,832. She is a potential 10th generation VG/EX. Her dam, Swiftsheath Susie Mist 1649 VG87, recorded 9,694kgs milk, 755kgs milk solids, 4.19% fat, 3.60% protein in her second lactation. Her next two dams are both classified EX (Excellent) on conformation with components over 3.55% protein. Born in February last year she is sired by Seagull-Bay MVP ET. 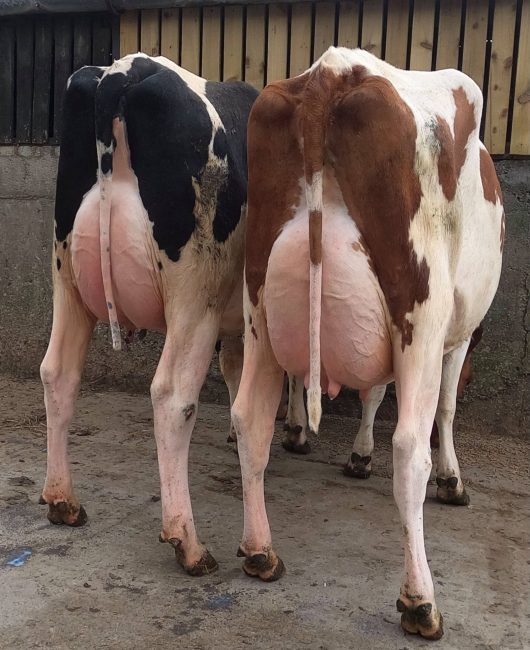 Other top priced lots include;