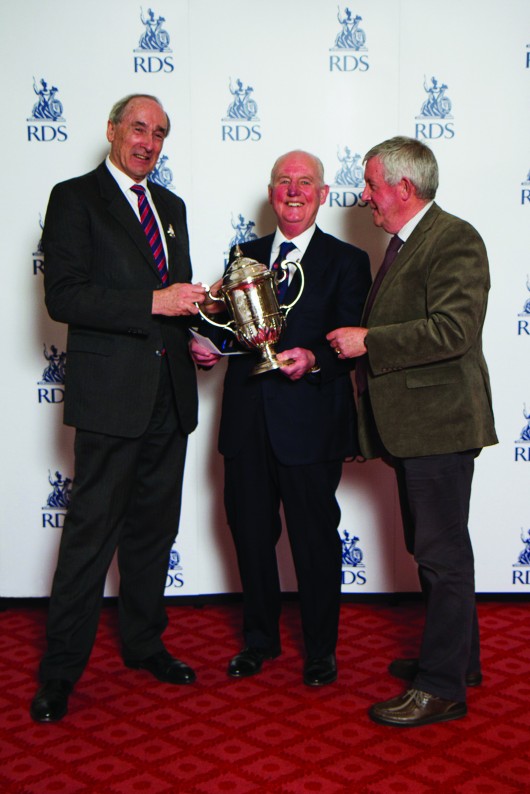 The Champion of Champion awards was an initial pilot project estab-lished with IHFA in 2006 but has now grown to include all the beef  and sheep breeds. It also has a Genetic Merit Award.

Livestock improvement and excel-lence in breeding which is transferred to commercial success is the purpose of the project.Dr. Karina Pierce UCD gave an up-date on the Lyons project.

One of the aims of the research is to assess how responsive high EBI animals bred from High PTA bulls for milk solids perform in a grass based system with some supplementation. The Balance of the genetics is 50% Production and 50% Fertility.

The Irish Holstein Friesian Association nominated Mr. Cyril Dowling of the Baldonnell herd Co. Dublin to receive the RDS prestigious award for 2016 after a long and illustrious career in the show ring.

Cyril registered the Baldonnell Prefixof Pedigree Holstein Friesians back in 1979. Today the herd is pure Hol-stein, Cyril being one of the early adopters of the breed.

A memorable year for Cyril was in 1999 when his cow Wikkerink Astre Sylvia was Supreme Champion at the Spring Show, Tullamore, and the Baileys. She also won Championship National Dairy show Millstreet 1998.

He has added the championship of the National Dairy Show Millstreet  again in 2015.