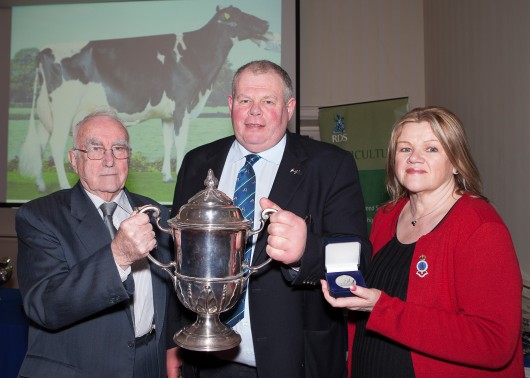 The aim of the Royal Dublin Society’s Agriculture and Rural Affairs Foundation is to promote best practice and efficiency in farming to ensure farm household profitability and sustainability in Ireland. The Champion of Champions award continues the seminal involvement of the RDS in Irish cattle breeding which began with the first Spring Show on the lawn of Leinster House in 1831. The awards encourage innovation and improvement in the Irish cattle breeding sector recognising genetic excellence as breeders use innate stockmanship skills to breed the very best. Introduced in 2006, the Champion of Champions is a distinguished event where the vintage RDS Champion Cup from the Spring Show era is presented to the winner, linking cattle breeding achievements of previous generations to the present day.

Miss Petra is classified EX93 2E with a score of EX94 for Mammary. She is bred from two generations of EX93 dams, hailing from the “Petrelle” family. She has produced 50 tonnes of milk so far with an average lifetime Protein yield of 3.57 %. 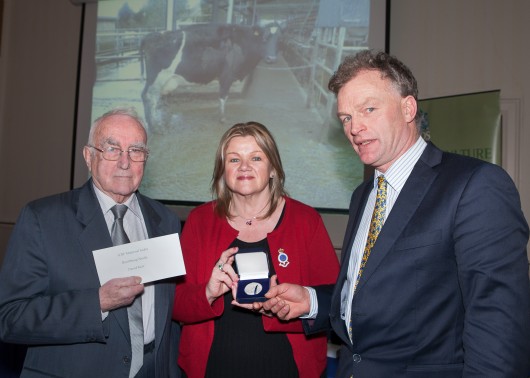 Bernie Brennan, RDS Vice President was guest of Honour at the awards with Dr. Austin Mescal President of the Agriculture and Rural Affairs Committee and Chairman, Tom Cannon, as M.C.