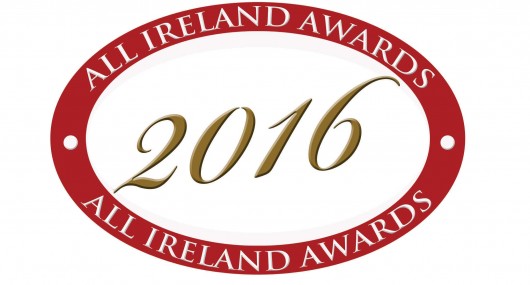 The IHFA Awards Night took place at the Killeshin Hotel, Portlaoise on Friday 24th of February. This year the awards were presented by the new Executive Director of Agri-Aware, Deirdre O’Shea. Among the awards presented were the All Ireland Awards for 2016, covering nine classes; the YMA Awards, which include Club of the Year, President’s Medal, Hall of Fame and Photographic Competition; the IHFA Gold and Diamond Awards and first presentation of the perpetual trophy to the IHFA Champion Cow.

The first ever IHFA Champion Cow Award went to Hallow Advent Twizzle 3 ET owned by Philip and Linda Jones of Hallow Holsteins. In 2016 she won both the Glanbia Senior Cow Championship at Emerald Expo in Cavan and the Diageo Baileys Champion Cow, also held in Virginia, Co. Cavan

The All Ireland Awards was based on submitting a photograph entry of animals exhibited at a local or national show.

The entries were scrutinized by a pre selection panel of judges who took into account the quality of the animal as photographed and their winning successes at various shows. There was a final selection of six photographs which were printed in the Winter Journal.

The winning entries were based on the combined placings of seventeen judges who adjudicated on the photographs in each class as they appeared in the Winter Journal. Judges were selected from the IHFA judges panel representing the broad geographical area of the country and on the basis that they had no connections to entries in any of the classes. There were many entries, all of a high quality. The finalists in each class are as follows.