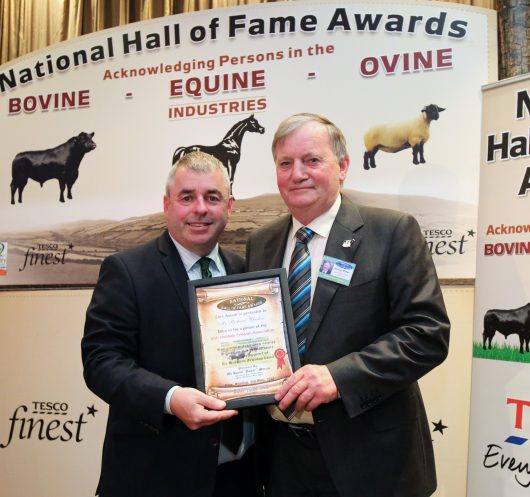 Richard Whelan’s contribution to the progression of IHFA members and the wider cattle breeding sector in Ireland is timeless. He registered the Lumville prefix in 1972 and farmed near Edenderry. With his wife Kate the family moved to a greenfield site near Clonard in County Meath in 1995 from where they continued to progress and develop the herd. They have five children; Deborah, Clodagh, Laura, Cate and Richard. All have a very keen interest in the farm and were actively involved in the Young Members Association (YMA) and enjoyed many successes showing calves.

Stairway BStar Rhonda was purchased as an in-calf heifer and her performance provided Richard with his first taste of what top-class Holstein genetics could deliver in terms of quality.
The flame for a life-long passion for quality Holstein breeding was lit. Over the years investments in select cow families were made, the best of AI breeding was used, flushing was practised to great effect and he exhibited at many Shows winning prominent National titles. Land was a restricted resource so the policy was to make the most of what was available and to focus on quality and efficiency of performance.
A major highlight of achievements is the prowess of Lumville Danoise 2EX94 4E who swept the boards at numerous National shows throughout a glittering lifetime;
• Supreme Champion R.U.A.S. Winter Fair ’08 & ’10.
• Baileys All-Ireland Champion Cow ’08.
• RDS Champion of Champions ’08.
• All-Ireland Junior Cow in-milk, Charleville Show ’08.
• Champion Heifer in-milk National Dairy Show and Champion Heifer in-milk RUAS Winter Fair ’06.
Lumville herd National Achievements
• Nine times winner of IHFA National Herds Competition (80 cows & under) section, based on Production & Inspection.
From his initial involvement as a Board Member representing his local North Eastern club region the essence of his contribution is to bring progress, positivity, inclusiveness and professionalism. Richard is one of the two IHFA representatives on the board of ICBF. He is also an IHFA representative on the Animal Health Ireland Industry Implementation Groups.  As a proven top-class breeder, he manages bring a perspective which respects the role of scientific data and the role of innate cattle breeding/stockmanship skills in making improvements in breeding each generation. 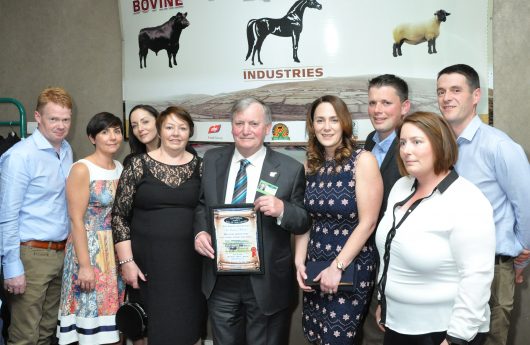 Richard Whelan pictured with his family

Richard joined the Board of IHFA as area representative for the North Eastern Club. He was elected Chairman of the Board, just prior to IHFA having the honour of hosting the World Holstein Friesian Federation (W.H.F.F.) conference and delegates from around the world. He previously served as Chairman of the North Eastern Friesian Breeders Club in 2006 & 2007. His dedication for the betterment of all farmers extends to his contribution as a representative on the Animal Health Ireland Implementation Groups and also attendance at ICBF industry meetings.
Richard spearheaded to establishment of the Spring Fair, a Spring show platform for all dairy breeders to showcase their stock. In 2004 a group of local breeders got together with the intention of hosting a Spring Show in the area as there had been a void since the demise of the RDS Spring show. Richard had been Director of the Spring Show which has been known as Emerald Expo since 2011.
His selfless contribution and dedication to breeding progress over a distinguished lifetime makes him a worthy recipient of the National Hall of Fame award.