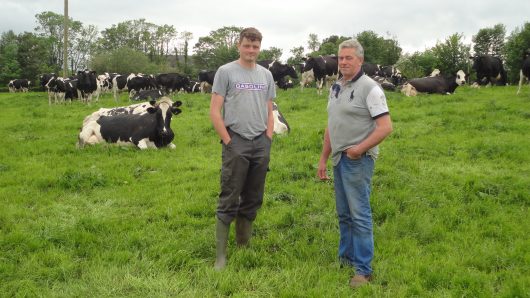 Martin and Michael Kennedy & family’s Glenrea herd is a tremendous example of Holstein Friesian efficiency and output, achieving top benchmarks in terms of performance. The herd includes 32 EX (excellent) cows on IHFA conformation scoring with 73% of the herd classified in the top two categories of VG/EX. It is a 97% spring calving herd with just four cows milked through the winter months last year. Herd milk recording for 2018 was 7,803kgs milk, 4.00% fat, 3.48% protein, 584kgs milk solids per cow. Herd EBI is €109 with SCC of 102. Calving interval average for the herd is 378 days with lactation length averaging 318 days. 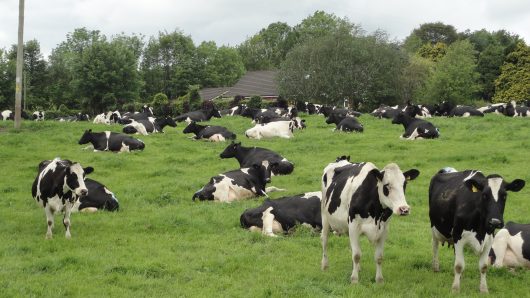 The Kennedy family farm is located in Bridestown, Kildinan in North Cork. It is 7.5kms west of Rathcormac on the R614 road towards Glenville, 15kms south west of Fermoy town.

Martin and Michael are a formidable and innovative father and son team. Martin works off-farm with O’Dwyer Steel, Dundrum, covering all of County Cork. Michael farms full-time at home having completed his Ag. College studies. He won the Kildalton College Student of the Year Award in his final year of studies and went on to be highly commended runner-up in the Teagasc National Student of the Year Competition 2014. This performance is all the more impressive given that aged 21 at the time he was one of the youngest participants.

Both are active members in their respective discussion groups. Martin’s group is known as the PHD Group (Positive Horizon Discussion) and was established over twenty years ago. Michael’s group consists mostly of young dairy farmers, with paternal links to the PHD group. Both praise the open-minded and educational forum of their groups and comment how much they have gained positively from being involved especially in the areas of grassland management and farm finance. 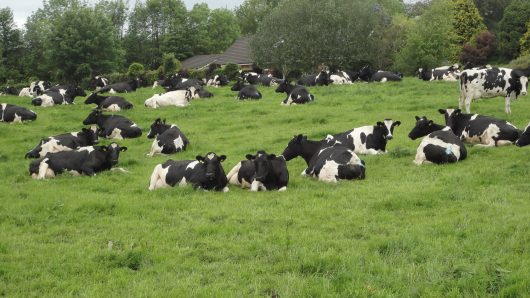 The Glenrea Herd at grass

A dairy herd was established on the farm in 1980 just prior to the introduction of quotas. Six pedigree registered heifers were purchased at various breeders’ sales in the early years. These purchases proved valuable investments providing a platform of solid cow families with a legacy of tremendous breeding that continues today. The herd increased gradually over the years, growing from within by breeding and rearing all their own replacements.

Martin always had a deep interest in breeding and he relished the opportunity to shape the herd performance through breeding selection policy. Close attention was paid to breeding lines with detailed consideration afforded to mating decisions. He graded up the herd in 2005 with the assistance of IHFA field staff.

“Grading up was the logical next step as we had always maintained good records over the years. The service was straightforward, greatly helped by the level of records. Straight away it identified the powerful breeding of key cow families. We started classifying in 2009. It’s a very positive and helpful service which we value very highly. When a cow attains EX on conformation it is a very pleasing achievement as it confers an independent and evidence-based stamp of functionality and maturity which lends itself to a long lifetime of production and longevity. It also helps when offering stock for sale. The most recent classification inspection visit resulted in ten cows achieving EX (excellent) for the first time.”

The milking herd now consists of 140 cows and is regarded as the optimum number to suit the farm. All heifer calves are reared as replacements with surplus heifers offered for sale either calved or as maidens. Fifteen pedigree registered breeding bulls are reared and sold on an annual basis. 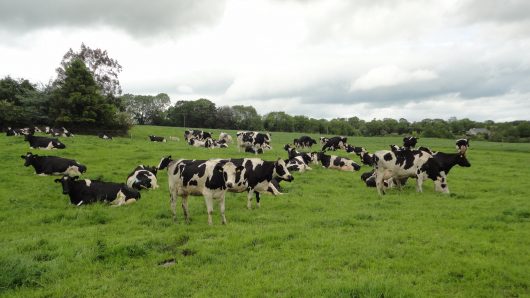 The Glenrea Herd at grass

Recorded Production performance of the three generations of EX milking cows in the herd;

Maternal sisters to the Spock daughter include; 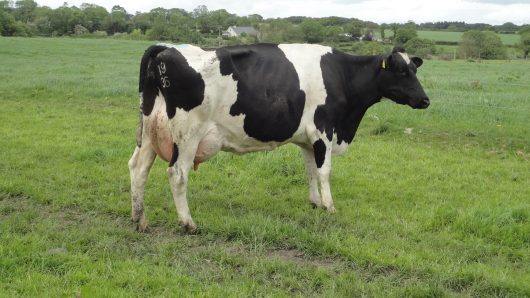 Cork Club Hosts
Both Martin & Michael are fulsome in their praise for the local Cork Club. For them it is an honour to be invited to host the stock judging on behalf of the club. Martin comments

“Our experience since we joined the club and started to take part in the events has been very rewarding. We have made some very good friends. It’s a positive and educational forum for like-minded breeders to gain a distinct insight. Taking part in the herds competition has been most informative, it delivers a great benchmark for your herd. The field evenings are a very pleasant social get-together. I would recommend any Pedigree Breeder out there to join their local club and attend the varied events”